Have you been watching the New York Fashion Week? I was able
to catch a few of the streaming shows online yesterday…..I’ve got mixed
feelings about what I’ve seen so far. But I often feel that way watching most
runway shows. For me, it’s either go big or go home! I would rather see
extravagant, couture, gowns OR a really well made and realistic ready to wear
look.
And for another dose of fashion, there’s this week’s Under the
Gunn episode!
This week, the designers were tasked with an “unconventional”
challenge, themed around Vampire Academy, whatever that is. I’m not a fan of
the vampire scene, but I am a HUGE fan of unconventional challenges!
After watching the designer’s final looks, I was a little surprised
to be honest. Maybe I’ve watched too much Project Runway, but was the “unconventional”
part optional? It seemed like it was an, “if you can fit it in, do it, if not,
whatever” vibe.  I wish there was more
defined set of challenge expectations, how about you?
Oh yeah, one more thing…..
I love how they rewarded Oscar for helping his fellow
designers. Faith in Reality-Tv-Humanity restored!
It’s about damn time someone was rewarded for being a kind
and positive individual, don’t you think?
Ok, enough chit chat, let me share my favorites with you:
I think my favorite look of the week was Natalia’s red dress
with the mesh corset. It is by no means jaw dropping, but at least it was
pretty, and not something you’d seen a million times before. 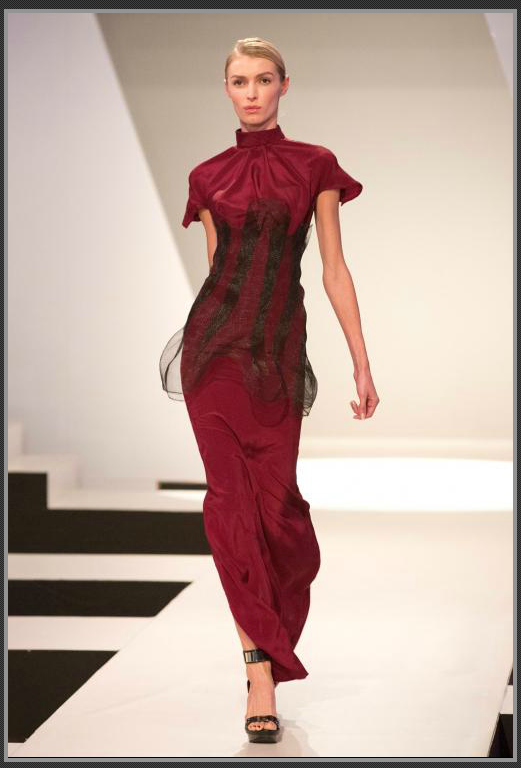 Michelle’s dress was noteworthy. I agree with Zanna, I don’t
think the fabrics or prints go together. But if that plaid print, or whatever
it is, was replaced with pretty much anything else, I bet it would be a beautiful
dress for a celebrity. 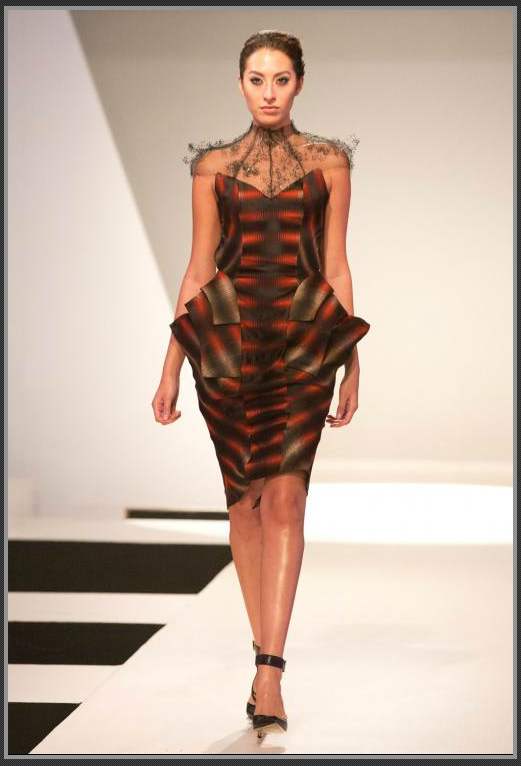 Stephanie’s cream dress was pretty. I have mixed feelings
about the top part. Maybe because I don’t like the structured, defined
shoulders on women, but that could just be me. I would have liked to see her
scrap that top mesh overlay area and done more with the custom bead work. I bet
that would have been very beautiful. 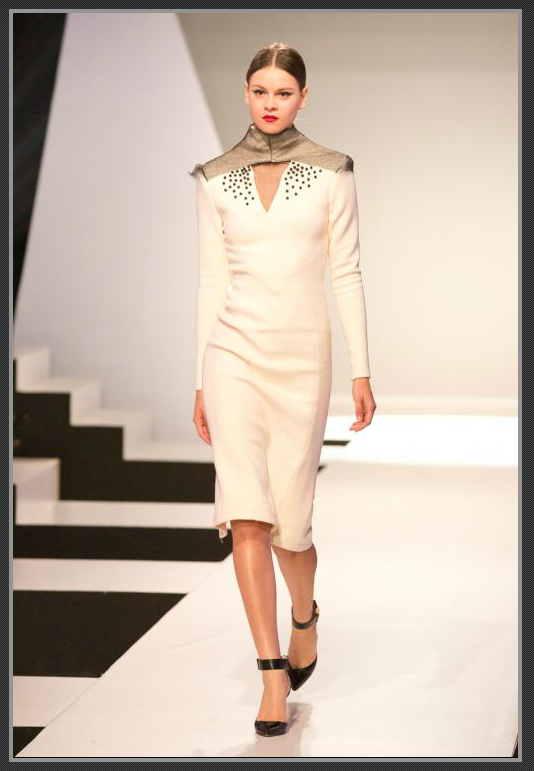 Blake’s black mesh dress was ok, though nothing special. Same
story with Isabelle, it was ok, nothing particularly special. Not weird enough
or extreme enough to be super artsy, but not really wearable, so it’s just lost
in the abyss in between.
So who made your favorite looks of the week? Or were you in love with
all of them?