I was literally in the shower, cursing my exhausted brain
for forgetting basic nail art rules 101. It’s the simple, basic things you
start to forget when your body is just exhausted from a long day of running
around.

But let me back up a little, and explain what happened:
It was the Friday before Easter and I was getting ready to
take a short weekend trip to go see my family. There was laundry, dishes and
things that needed to be done. Not to mention four batches of delicious chocolate
hazelnut tarts that needed to be made and prepped to be brought with me.  And possibly, they most time consuming: my
nails needed to be done!
I really, really, REALLY wanted to join in to Be
Happy and Buy Polishes’ Spring Renewal nail art challenge, and I thought
surely I could at least make the freestyle day’s challenge! Oh how I was wrong. 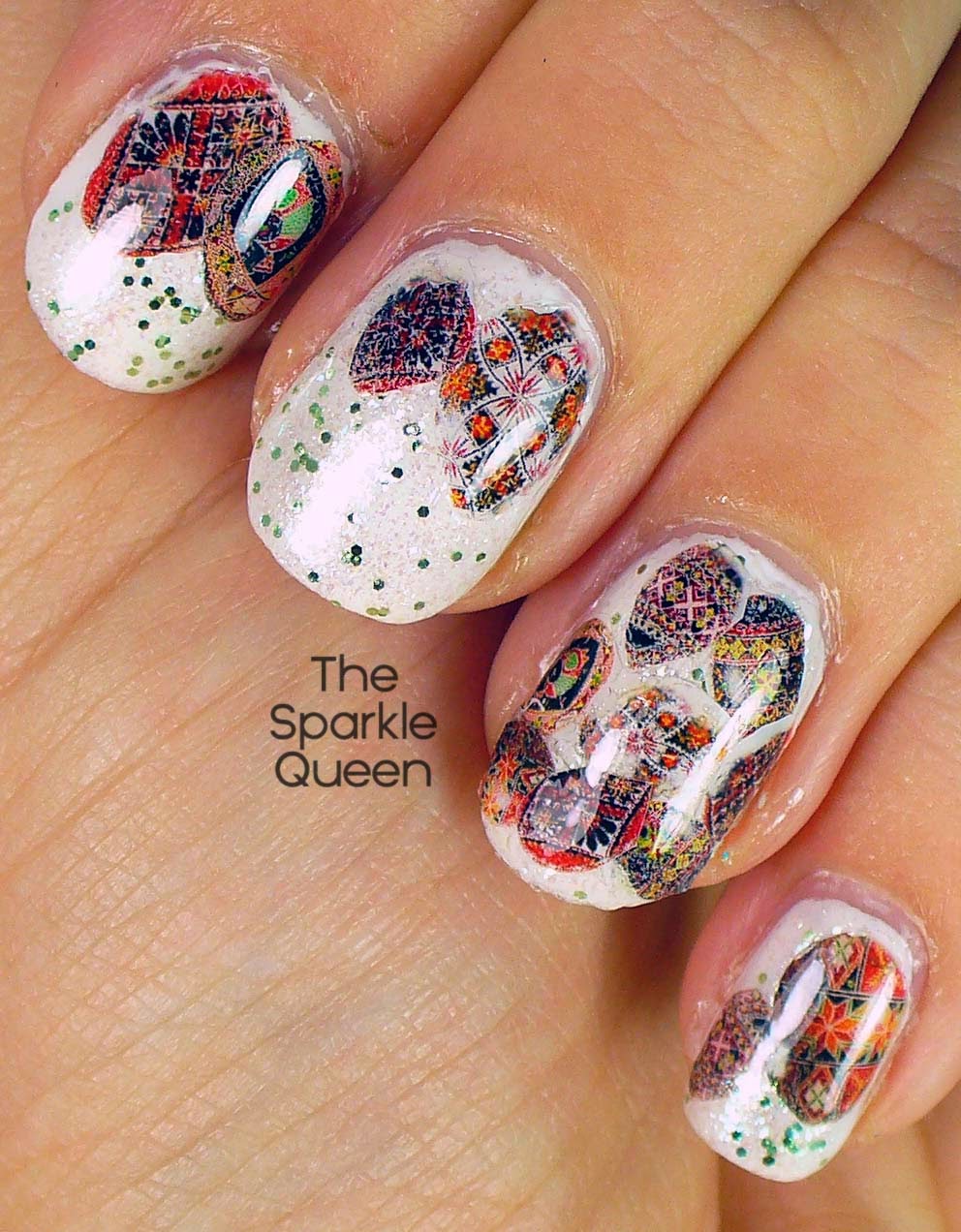 So here’s what happened when I tried to make this manicure:

I had this brilliant idea to make itty bitty pysanky nail
decals, and turn them into a pretty Easter manicure. It seemed like the good
way to go: I was short on time, but really wanted Easter nails. It made sense.
And it started off well. I had no problem making the decals,
I even made extra to share. The clear sealer spray paint worked brilliantly on
the first half of the nails (I didn’t think I would even use half of what I
printed).  But the oncoming storm started
with just the first coat of polish.
White polish has always been difficult for me. I don’t know
if because it’s white that it shows up more streaky, or what the deal is, but
it’s never a “one coat and go” polish for me. Not even my Zoya.
So, after several coats plus hours of drying while I worked
on other things that needed to be done before we left my decals we cut and
ready to go.  My nails were prepped with
a base white color and a touch of Princess Glamour “Bloom”, a light sparkly
green polish that I love dearly.
The first few water slide decals went on great.  I cut each egg, applied it with a clear coat
of polish, things were going good. 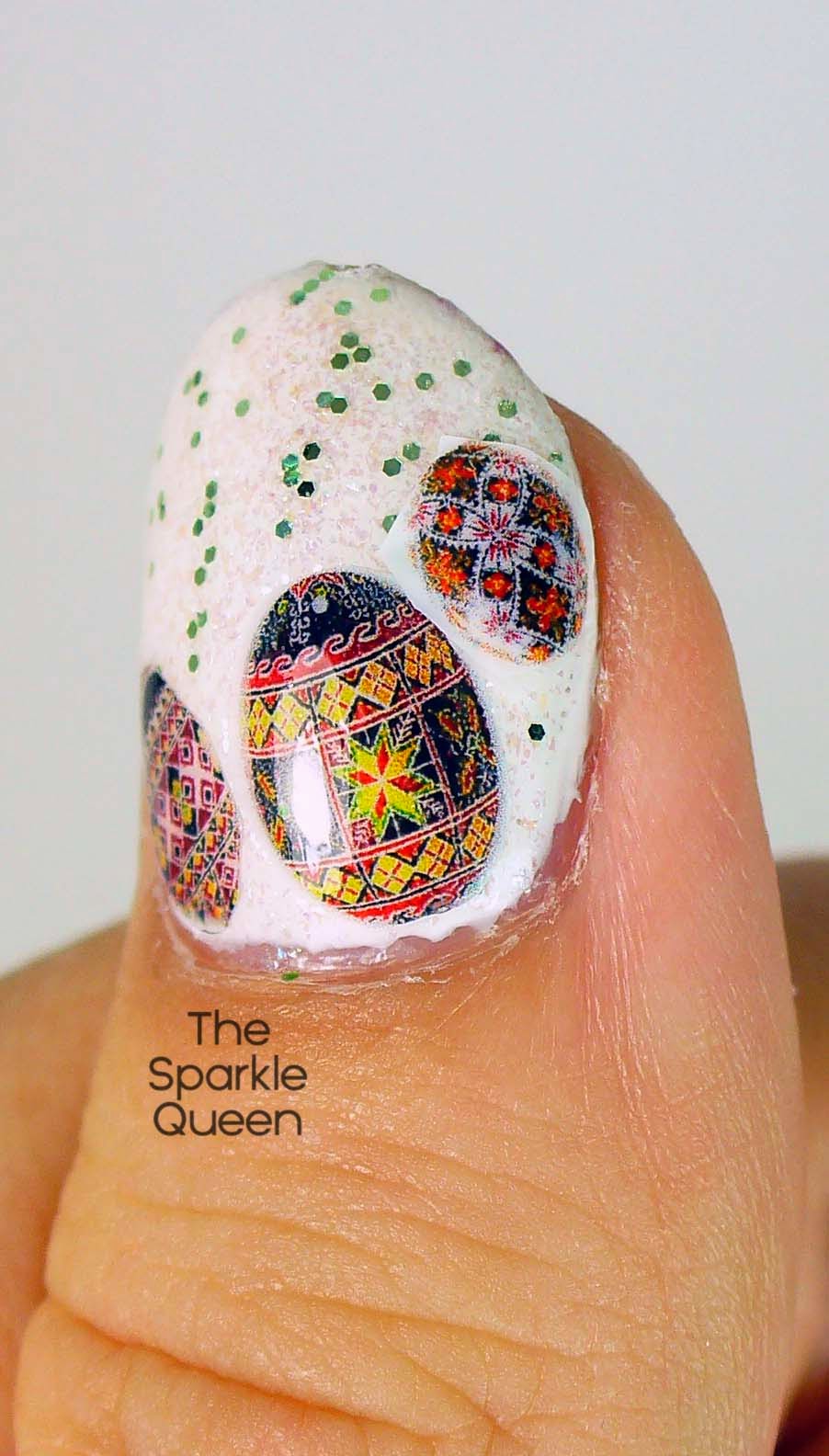 But then the dryer dinged to let me know the laundry was
done and the next load had to go in. 30 minutes later, and dishwasher load also
started. It was getting late, and I hadn’t even started packing my bag. I
thought I’d go take a quick shower, and get out and start packing. I had
completely forgotten my nails!
And that’s where the cursing in the shower came in. I was
halfway through rinsing my hair when I noticed little spots on my fingers….which
soon turned into my little eggs sliding around and tearing off! I had forgotten
to seal some of them in!
Nearly an hour later I was working on fixing, or rather salvaging,
what I could of them. I had to seal some of the extra decals I had thankfully
printed with quick dry top coats, let them dry, cut them all out try and
arrange the new eggs over some of the original spots I had placed the original
decals, that had only partially come off. 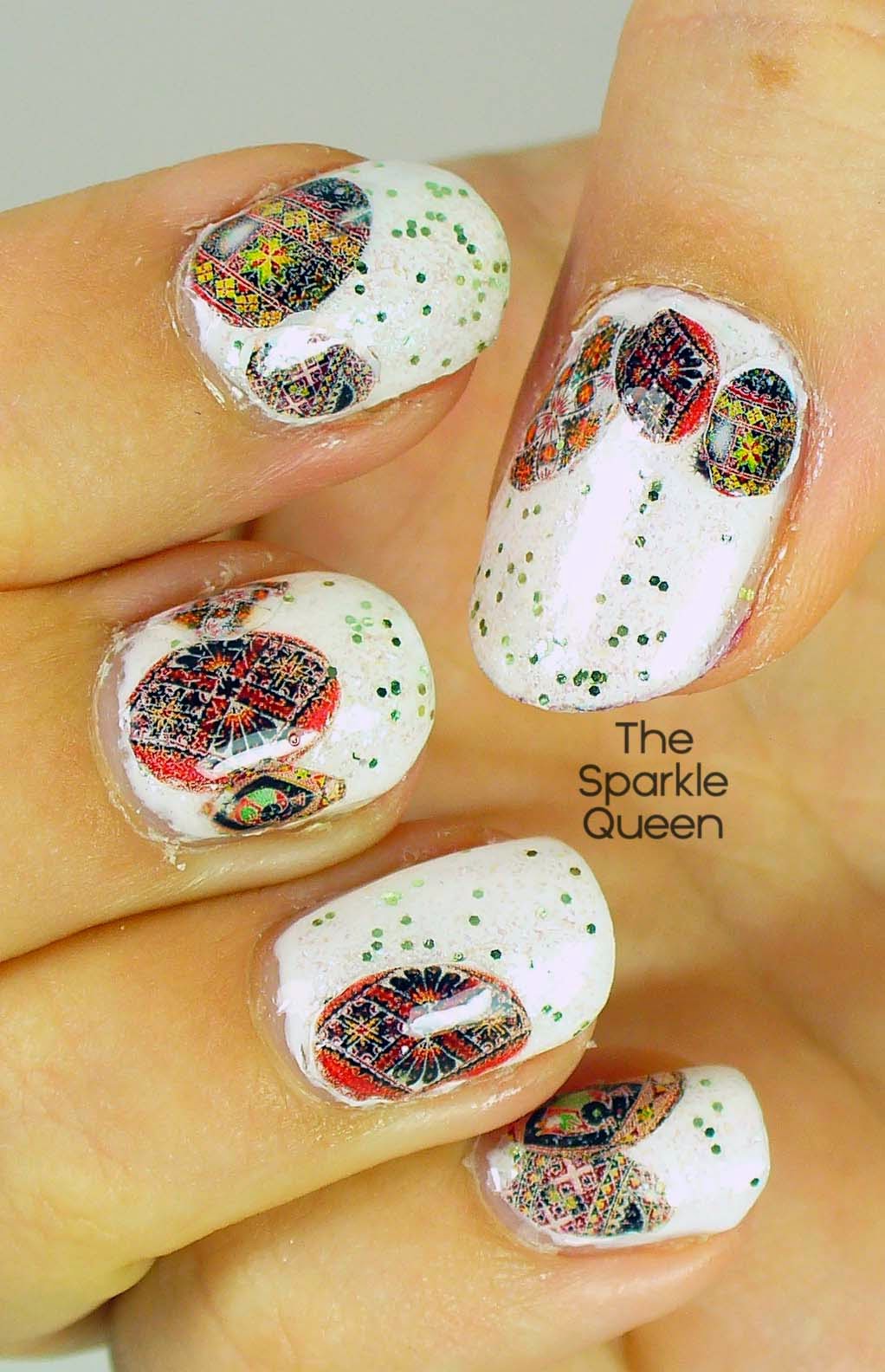 I considered starting from scratch, but that’s just not my
style. I was already so invested time wise, these suckers had to WORK.
In retrospect, I should have just stopped and poured myself
a nice glass of wine before I started doing damage assessment, and probably
should have started earlier if we are being perfectly honest here. But I didn’t,
and there’s not much I can do about that now!
Over the weekend I got plenty of compliments on how pretty
my nails were, but they were driving me crazy. I think just so much bad energy
was surrounding them they started to annoy me. I took them off first thing this
morning. 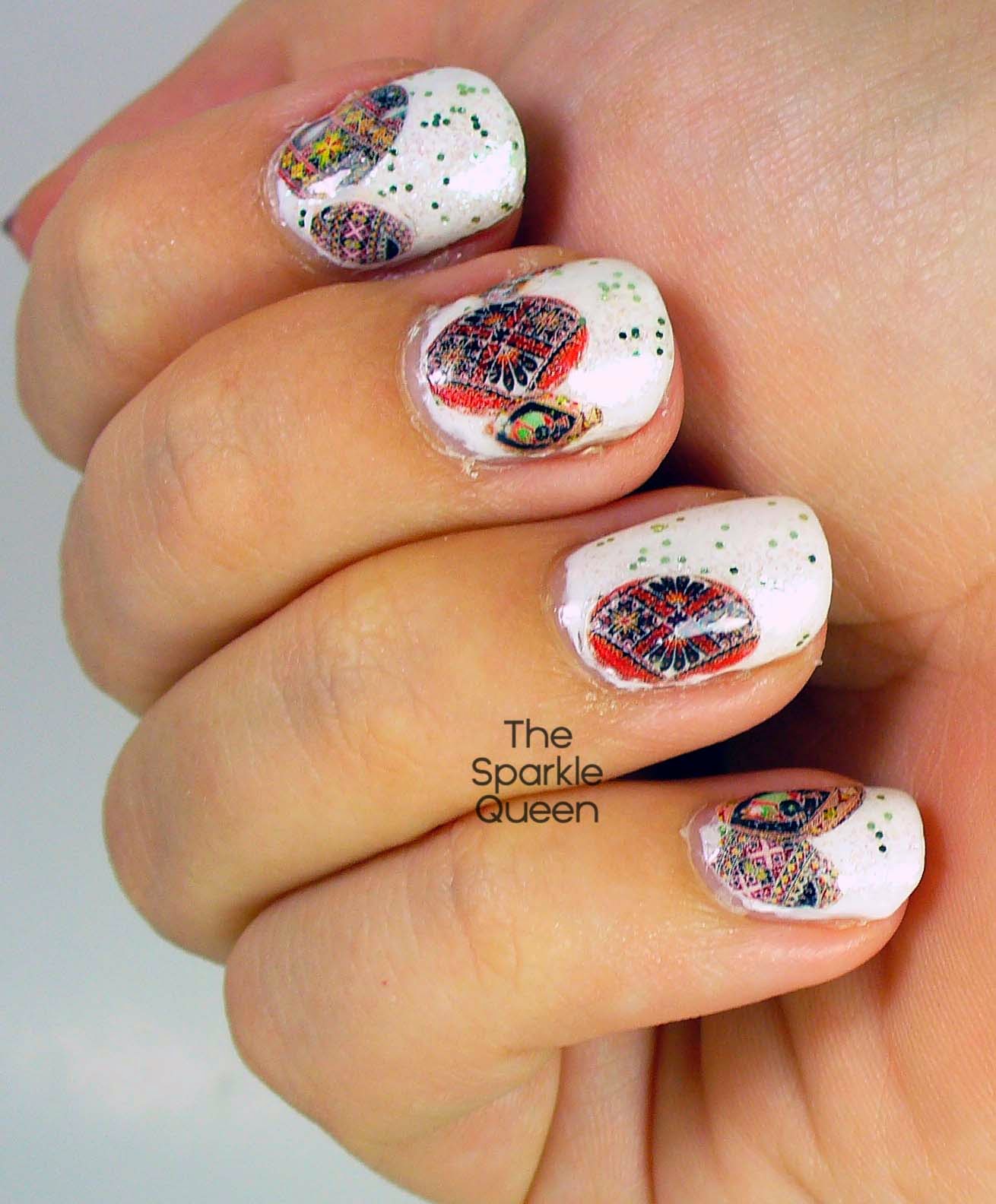 Who’d have thought such an easy task as a water slide decal
manicure would be one of the tedious manicures I’d probably ever do in my
lifetime?
*PS: Don’t mind the pictures, I literally took them around 2
in the morning half-awake because I was convinced I would wake up the next
morning and hate how the look turned out and immediately taken them off.*
What has been YOUR most challenging nail art look to complete?

Leave a Reply to The Sparkle Queen Cancel reply