Another season of Project Runway has started! 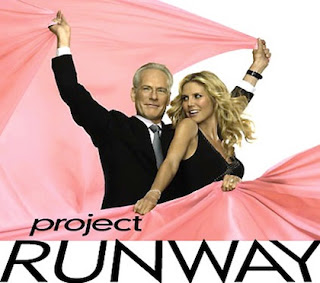 Yay………..not.
If you haven’t heard yet, this round of project runway is
all about teams. Every. Single. Episode.
If you remember the show that I THINK only had a season or two behind
it, “The Fashion Show” or something along those lines, it’s pretty much that.
You are with your team the entire season.
I was never a fan of team challenges, but I have no doubt
the producers love it because of the ratings all the drama can bring in. And I
totally get in “the real world” you have to work as a team, especially if you
plan on being a fashion icon. But if you are taking the route of being
realistic, then why are we doing this ridiculous one day challenges again? And
should the designers ONLY focus on clothes that will realistically be sold and
WORN? I kind of think so.
When I started watching Project Runway AGES ago, I LOVE
seeing the conceptual designs. Things that were just so out there and unusual
that were somewhat costume somewhat advent garde, just artsy. And I miss seeing
them.
I formally vote to create a SEPARATE show, where all those
designers get to compete in an environment that fits that design esthetic, and
everyone who just wants to go mass produce whatever can go on Project Runway.
Also while I’m making requests: I want that damn
unconventional challenge! That is hands down my favorite episode of every
season. Someone, PLEASE make that happen.
I know Heidi is not going anywhere, the show is her baby,
but it’s time for some fresh faces. I think both Michael and Nina should have
been replaced. It’s just awkward with one random new guy.
Designers: meh. They talk a big talk, but obviously that’s
not working out so well for them.
From this week’s New York City inspired challenge, I
honestly only liked one look as is. And that was by Benjamin. This is it:
What are your thoughts on the direction of Project Runway?
Do you like where it’s headed, or wish they would change something up? Share
YOUR thoughts in the comments below!