Well hello again Darlings!
Here it is….. the last episode of Project Accessory Season 1 Episode 8, the Finale! The final challenge is this. The designers need to make a collection of nine accessories to dress three different looks, in two days. Because this is so much work in two days, the final three designers got to pick one of the previously eliminated contestants to lend them a hand.
If you haven’t seen this episode yet, you can watch it hereon the MyLifetime.com site with all the other episodes.
I’m going to be honest, this week Brian was not at all in my top favorites. I did not like one piece he made. I feel like I’ve either already seen it before, or it looks quite “old”. In a finale, I expect some stand out pieces, and he did not deliver!
Nina had some beautiful creations this week. I love her necklace and bracelet combinations she had for one of her looks. I could do without the shoes though. 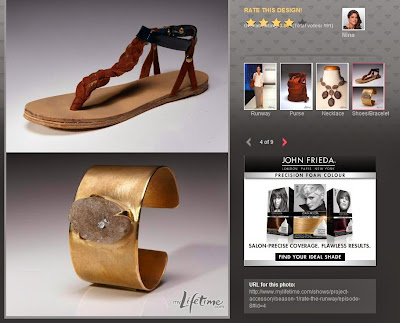 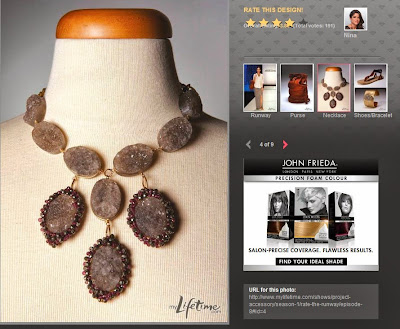 Rich had a beautiful bag, obviously made by Diego, but still a gorgeous bag. He made another one of those stunning flowing metal cuffs of his that I love! They are beautiful works of art and have such great movement in them. He also had some nice light earrings that were simple yet beautiful. Additionally, both of the clutches he made were gorgeous! That crazy metal necklace of his was also a show stopper I think, very original and very different. 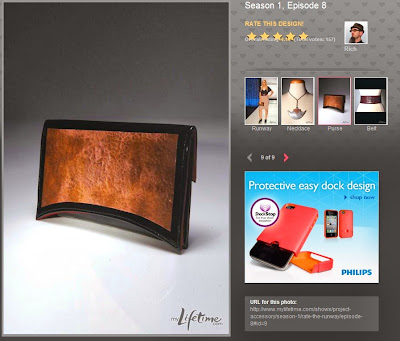 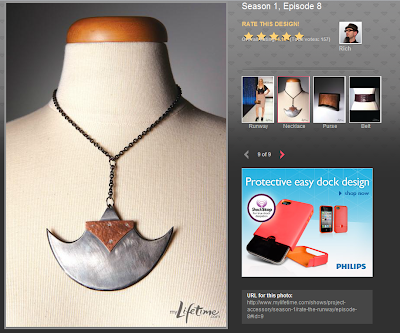 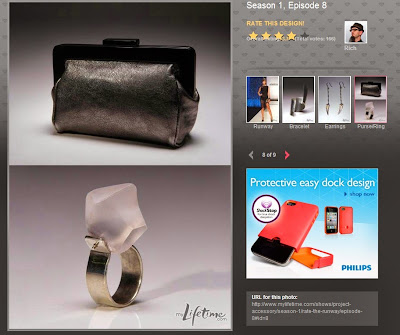 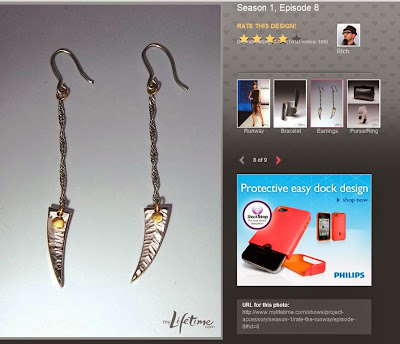 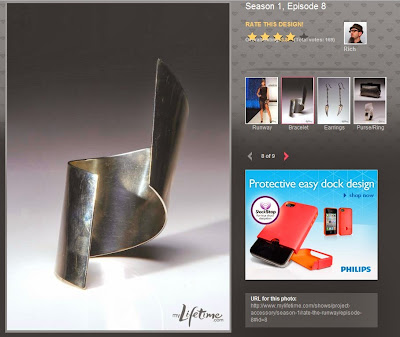 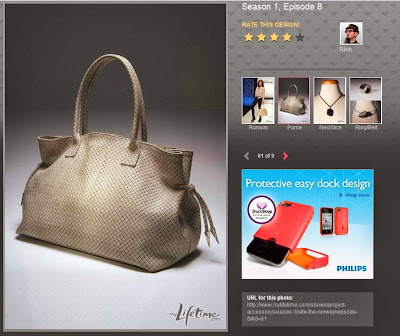 As far as first seasons go, I think this series is off to a great start. My only wish would be for the designer’s to have more ability to showcase their specialties.  People who specialize in anything other than jewelry are at a serious disadvantage based on the challenges presented this season. In regards to the finale, I am not super impressed. Nothing from Brian and Nina were really show stopping or really all that original. I wish more of the designer’s had gone out on the limb and did something we haven’t seen before, that weren’t spin off of things on the runway or in the fashion pictorials, but what can ya do.
Love,
The Sparkle Queen